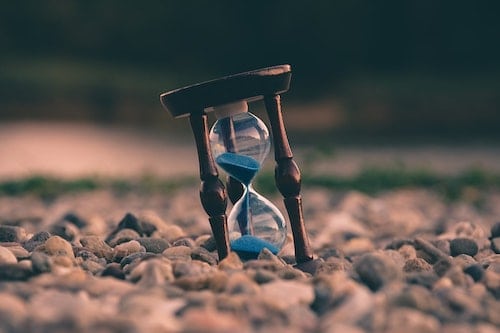 Today I get my second Moderna dose. On Monday, I tried to remember to keep drinking fluids, which is supposed to ease side effects. We shall see.

I’ve also been prepping for the aftermath. Friends and family who’ve had the Moderna vaccine report a whole range of reactions, from some arm pain to brain fog to extreme fatigue to headaches to fever, lasting a day or so. I’ve cleared my calendar for Wednesday, hoping for the best but leaving space and time to deal with a stronger reaction. After my first dose, I was very tired for several hours after I drove home from Boston. We shall see.

Then there’s Passover prep. The first seder is Saturday night this year, and there’s still a lot to do between now and then. We’ve started our house cleaning, shopped for dry goods and dairy foods, and planned menus for the week of Passover. Al will finish the bulk of the cleaning this week and the rest of the shopping for perishables, but I still have client work pending and other to-dos to complete.

I’ve revised the Haggadah that I wrote last year, and we’re getting organized to have a Zoom mini seder with family on the first night. But there is still more cleaning and all the cooking to do. So I’m hoping that my second dose won’t throw a monkey wrench into the works. We shall see. 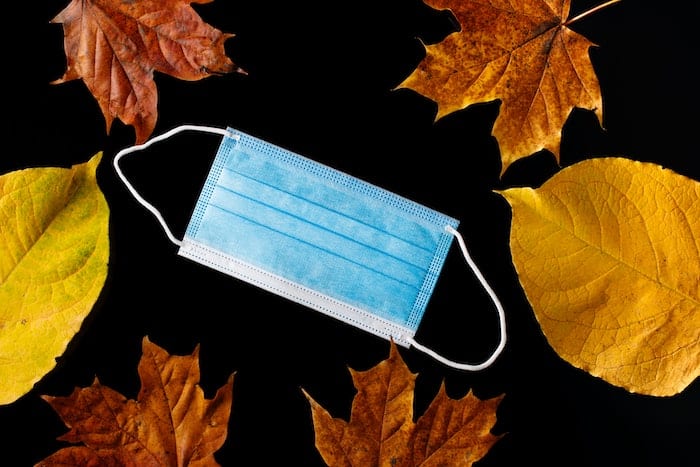 Thanksgiving last Thursday was for us, as for so many, a shadow of celebrations past. But it was still lovely and meaningful, in its own way. Our eldest daughter, who also lives here in Massachusetts, was able to join us, even as our youngest had to stay at home out-of-state. Still, we enjoyed an extended family Zoom and watching a movie together-while-apart in the evening. No substitute for in-person, but I’m grateful that we all stayed safe. I cooked a vegetarian, gluten-free feast, with sous chef assistance from our daughter, including this excellent recipe from The New York Times for “Roasted Cauliflower Gratin with Tomatoes and Goat Cheese,” which I highly recommend.

The Times on Thanksgiving also featured a wonderful compilation of reader contributions of six-word gratitudes. Here are ten of my own:

All still Corona-free. Knock on wood.

Okay, otherwise, with no digital infections.

Supermarket cashiers risking health for us.

Good neighbors who wave behind masks.

You, Dear Reader, for being here.

To say this past week has been intense and stressful would be a vast understatement. We have a new President-Elect, but the months between now and Inauguration Day on January 20, 2021, promise to be a rocky ride. So, as a public service, I offer you some soothing images of our escape to Cape Cod over the weekend. Visiting the ocean and environs always calms my nerves. Hope this virtual visit does the same for you. Enjoy . . . 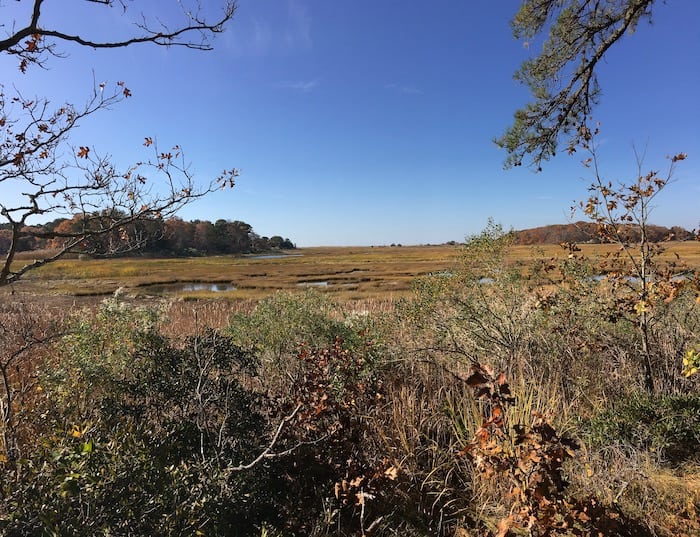 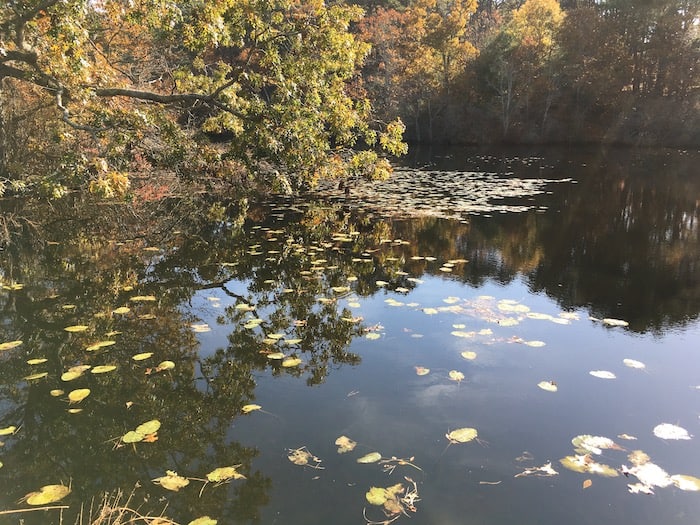 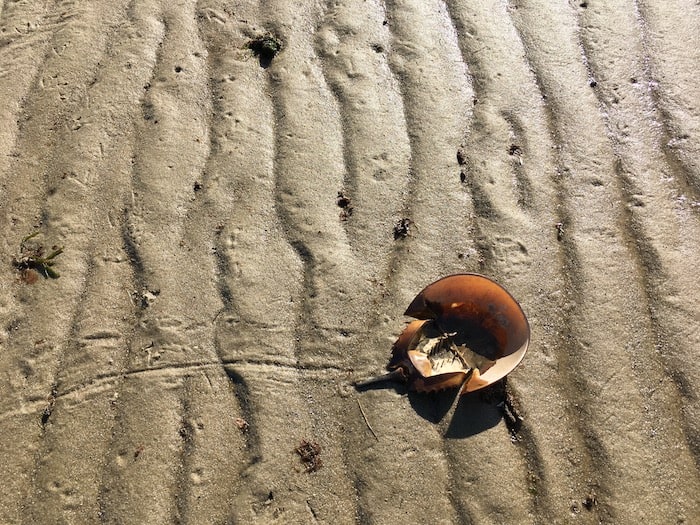 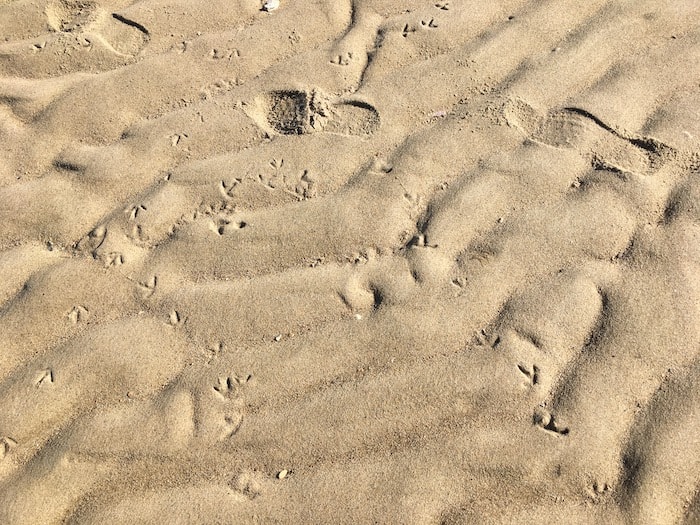 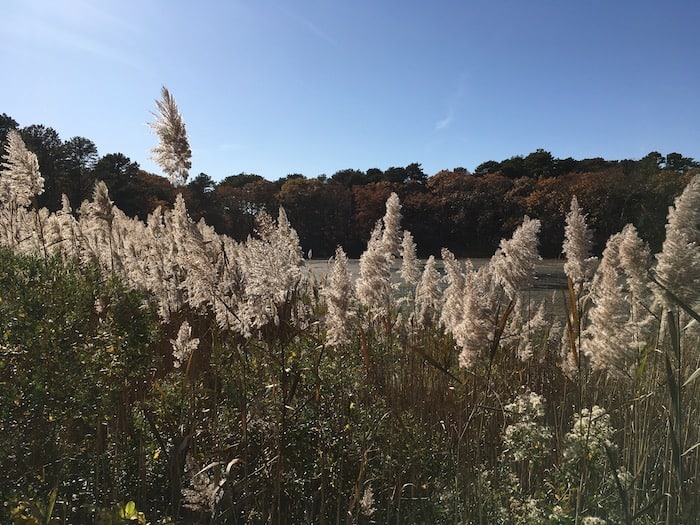 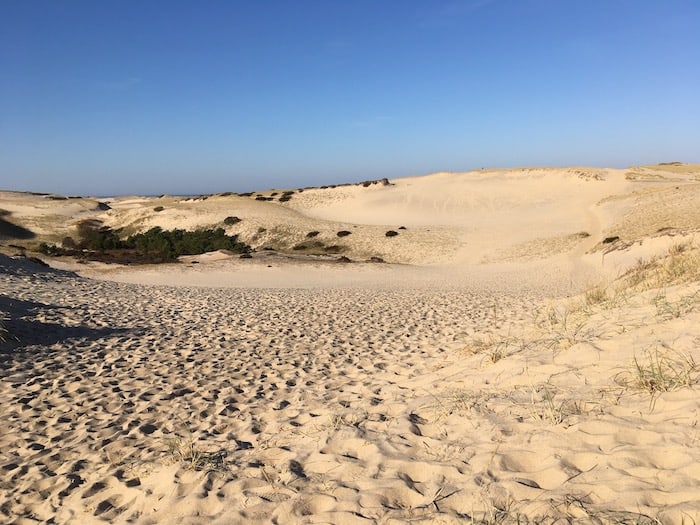 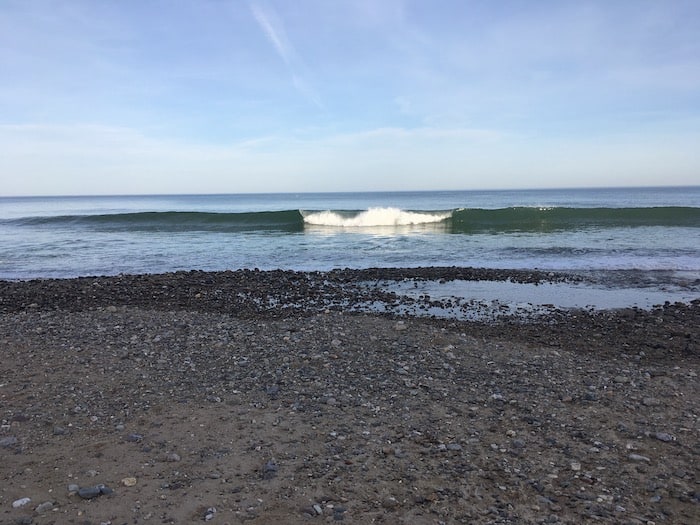 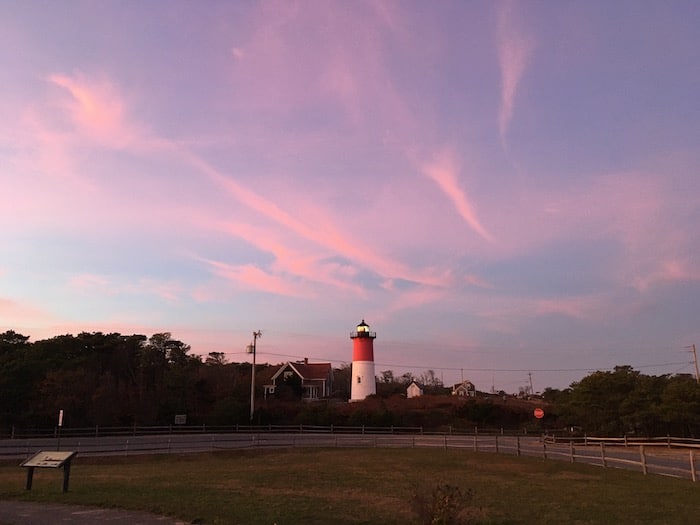 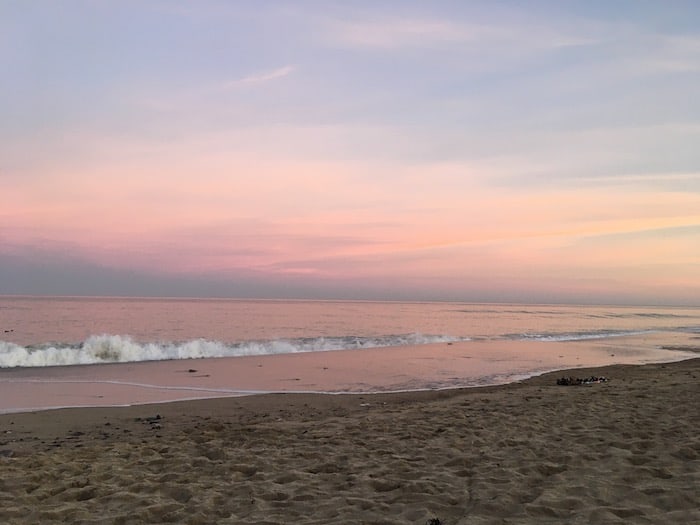 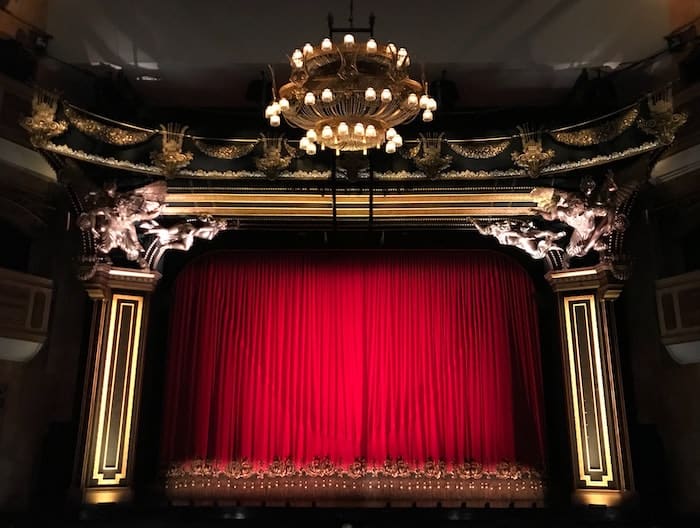 Last week, we had a Covid scare. Al woke up early Tuesday morning, sick to his stomach, with a fever. This is highly unusual for him. At any other time, I would have just assumed he’d caught a GI bug, but given that COVID-19 can occasionally present with these symptoms, we immediately went on high alert.

I spoke to our clinic twice that morning and was basically advised to have him isolate, hydrate, and take Tylenol to control his fever, which had gone up to 101.1. We have a pulse oximeter that I’d purchased months ago, just in case one of us had Covid symptoms, and I had him check his oxygenation level, which was fine at 98 percent.

I spent the next few hours trying not to freak out. I tried to concentrate on how he was doing as well as my work. A planned Zoom call with one of my clients, who is also a longtime friend, helped me regain some perspective. I dug into my writing, which is a meditation for me. By afternoon, Al was doing better, able to make arrangements for coverage for his social work responsibilities, and his temperature had settled around 99. He was able to drink fluids. And he slept.

But I would be lying if I didn’t admit I was really scared. Both of us are over 65, with health issues that put us at risk for serious Covid complications. I tried to schedule Covid tests for that day, but couldn’t get anything until Wednesday morning. So, like millions of other Americans finding themselves in this terrifying dilemma, we had to just sit tight and wait to see what happened.

By bedtime, Al was looking and feeling a bit better, able to eat a few rice cakes. (I’m a strong believer in the BRAT diet for stomach distress—bananas, rice, applesauce, tea/toast—with rice always the first step.) Just as he was settling down in a separate bedroom, and I was ready to go to bed, I suddenly remembered that the nurse had told me to monitor his oxygenation level. If it dropped below 95, I was supposed to let them know.

So I gave Al the meter for him to measure his levels. I was being very careful not to come into his room, per all the CDC guidelines. Three times he measured his levels with the finger-clip meter on three different fingers, and each time, it came back 88. How could his levels have dropped ten points with no sign of respiratory distress? But I knew this is one of the hallmarks of Covid: your lungs can be overworking before you actually sense it, which is why these readings at home are so important.

After a long discussion with the clinic, I was advised to bring him to the ER. We arrived at Midnight, but, of course, I could not go with him. He texted me as soon as I walked in the house that he was already in a room, and that his pulse/ox was 96 percent. So, obviously our meter was off. I was very relieved, though still confused.

Three hours later, after he’d had a clear lung Xray and other negative lab work, plus a Covid test (results in 48 hours), plus IVs and potassium to replace his lost fluids from the morning, I picked him up and brought him home. His ER doctor did not suspect Covid, which was also a relief. We both went to bed.

A few hours later, I got up and went to a nearby clinic for my own Covid test, just to be on the safe side. It was much easier than expected, a well-organized drive-through tent, and only the base of my nostrils were swabbed, no dreaded brain scrape. Throughout the rest of the day, Al continued to improve, and by evening, his temp was normal.

On Thursday afternoon, we both got our test results back: Negative. Hallelujah!

And what of the mysterious 88 pulse-ox reading? I realized, on Wednesday, that 88 is the default reading on the meter when it’s on but can’t register a measurement. Sure enough, the rubber pad inside the finger clamp had come off, so the meter had broken. If I’d taken the reading myself for Al, I would have known. But at that late hour on the first day, I was way too exhausted to think clearly and figure that out.

In any case, I’m glad he was seen that night, inconvenient as it was, because we found out his lungs were fine. Here’s hoping the copay isn’t outrageous.

Of the many lessons learned, here are my takeaways:

Bottom line: we dodged the bullet. Here’s hoping this was only a dress rehearsal for a play that will never open. Stay well, all. 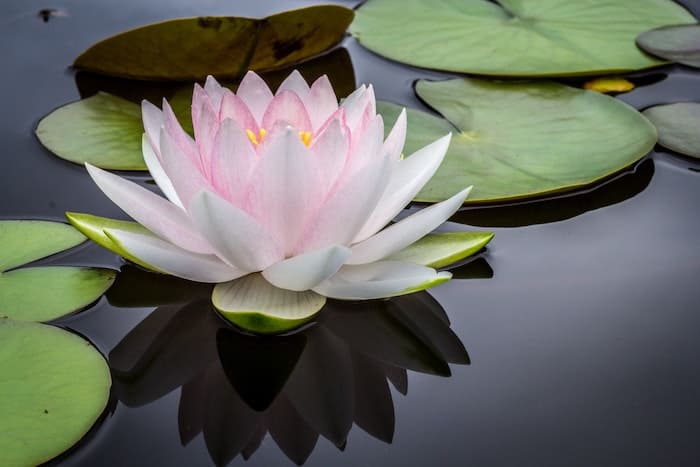 Years ago, I learned this meditation. It’s more resonant now than ever. As I write, according to the Johns Hopkins COVID-19 dashboard, there are 35,272,679 souls around the globe who are infected with COVID-19. Of those individuals, each grappling with the fear and suffering of this insidious virus, are 7,426,686 people here in the U.S., including the president. Worldwide, 1,038,307 people have died from Covid and its complications; 209,857 were Americans. All, with their own hopes, families, dreams.

By the time you read this, the pandemic will have claimed more victims.

We will never know how many lives would have been saved it everyone had complied with social distancing and wearing masks in the early days of the pandemic. I have seen estimates as high as 100,000 lives. Projections by the University of Washington’s Institute for Health Metrics and Evaluation (IHME) indicate that more than 363,000 Americans will have died from Covid by January 1, 2021, if we continue on our current trajectory. With universal masking, the model projects 277,000 total deaths. That’s still far too many. But 83,000 lives could be saved.

Think about it. By simply wearing masks, we could prevent the equivalent of 9/11 happening every day from now until the November 3rd election.

I wish this disease on no one. If any good comes of the president’s Covid infection—and the infection of so many in his orbit—I hope it will be a profound lesson in the importance of wearing masks in public. I fervently wish everyone would think beyond themselves and commit to the greater good of the community at large. Our partisan divide is now deadly, with masks or masklessness reduced to symbols of party affiliation. Enough, already. This past weekend’s news is the clearest evidence, yet (as if we needed any more) that large gatherings without masks, particularly indoors, will increase the risk of contracting Covid.

We need to take care of ourselves and each other. It’s scary enough, at the first sign of the slightest congestion, or cough, or sneeze, to wonder and worry that this may not be a simple cold, but Covid. All the more so for those of us with chronic auto-immune diseases and other serious medical conditions. Public masking is imperative.

So is voting. Our health as a people and a nation and a planet are all on the ballot this November. Make your voice heard.