Just when I thought the Farmer’s Almanac was going to be right, after all, predicting less than normal snowfall this year, along comes Winter Storm Juno. As I write on Monday night, we are about to get clobbered by what all the hyped-up TV meteorologists are predicting may be a historic blizzard for the Northeast—rivaling the Blizzard of ‘78. 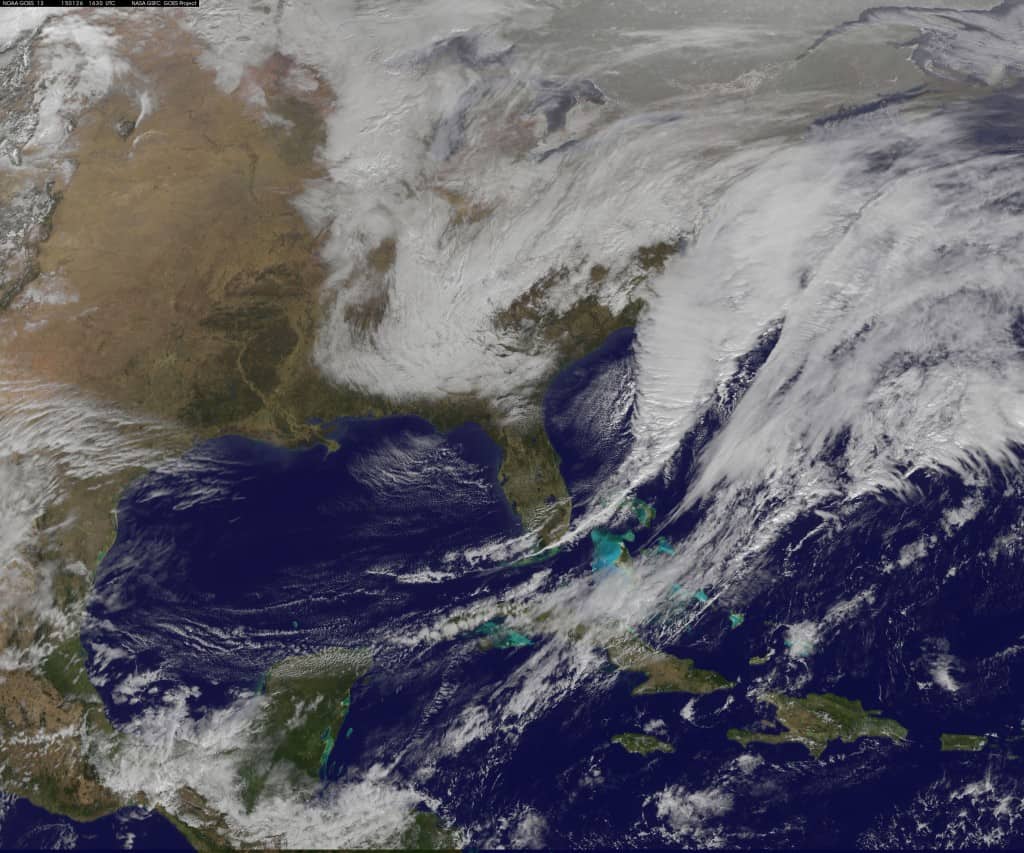 The wind-up to this storm has been more nerve-wracking than the actual snow, at least so far. Driving around today, I listened to the new Governor of Massachusetts give his first Big Storm news conference, and all the state officials who reassured us, over and over, that everyone knows what they’re doing and are well-prepared to handle Juno.

N-Star is bringing in electrical crews from as far away as Tennessee to deal with power outages. I received an email from our tree service that customers will get first preference dealing with any downed trees. We managed to get an oil delivery this afternoon before the storm hit, which I insisted on trying to schedule this morning, because it will be incredibly hard to reach the oil spigot under a few feet of snow in frigid temperatures the rest of this week. Around 10:30 this evening, we received a phone message from our city about the state of emergency and travel ban beginning at midnight.

All of this is certainly good. I appreciate having foreknowledge about when the storm will start (it’s been snowing since late afternoon), how long it will last (through Wednesday morning) and how much snow we can expect (anywhere from 18 to 30 inches, according to various reports). At least we can plan a little. Good friends up the street with a generator have offered us a place to stay if the power goes out, a great comfort.

But the reality is, there is no way to know exactly what the storm will bring and how to deal with it until we’re in the heart of it. Which got me to thinking of the parallels between really bad weather and really bad diseases. Too much information about what might happen can only make you incredibly anxious. There’s no way to know how you’ll respond until you’re in the thick of things. And there’s a limit to how much you really want to know about all the scary alternatives, because it doesn’t help you to deal with what actually happens, anyway.

So, I’m trying to keep this in mind as I ride out Juno. I felt a lot better this evening once I knew that both of my very capable adult daughters were safe and sound in their respective homes, at either end of the state, and I heard Al walk in the door. Then I found out he has to go to work Tuesday, as the only social worker covering his hospital, since his colleagues live farther away. But he doesn’t have to rush in the morning, and he may just get there by snowshoe, a much better alternative to driving if the roads get really bad.

Ginger has the best attitude of all of us. She may be 16-and-a-half, but she still loves snow. She must have gone outside at least a half-dozen times this evening, each time returning with more snow on her coat. As far as she’s concerned, it’s just another cold, refreshing night outside.

According to Roman mythology, Juno was the chief goddess, female counterpart of Jupiter and mother of Mars. She was a goddess of childbirth and worshipped as the guardian angel of women.

If this storm is anything like its namesake, maybe all the warning and hype will be a blessing in disguise, keeping us well-prepared and safe from worse fates. As long as the power stays on, we have heat and Al makes it back and forth to work safely, I will try to sit back, get some writing done and appreciate the wilder side of Mother Nature.

And if things don’t work out so well, I’ll deal with that, too. As I keep reminding myself, I’ve had plenty of practice.