I’ve long felt that Mother’s Day was a contrived holiday. While it’s nice to be appreciated by your children on the second Sunday each May, do we really need modern day Mad Men (and Women) telling us when and how to be grateful to our moms? 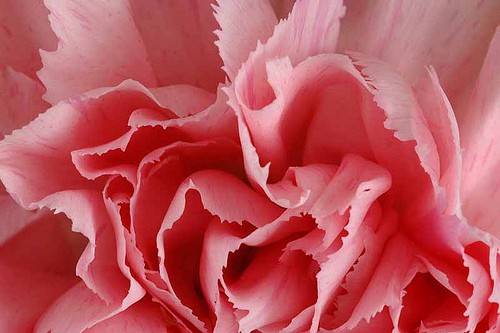 Don’t get me wrong. I was very glad this past Sunday to connect with both our daughters long distance—one working half a world away and the other finishing her sophomore year at college one state over—and Al and I had a great afternoon at the Connecticut seashore, then discovered a wonderful Thai restaurant in Mystic. As we ate, I remembered how my mother would laugh until her eyes teared, and how hard she laughed the last time my father, sister and I had dinner with her in a restaurant, a few months before she died from a relentless tumor 13 years ago.

But I don’t need Mother’s Day for those memories or to spend quality time with the people I love. A holiday rooted in post-Civil War efforts to reunite divided families and organize women pacifists, nationalized in 1914 to honor mothers whose sons had died in war, Mother’s Day now seems like just another reason to feel obligated to buy presents—and a key part of the annual sales cycle for jewelers, florists and restaurateurs.

Anna Jarvis, who lobbied a century ago to make Mother’s Day a national holiday (in memory of her own mother’s dream to do the same), became so distraught over its commercialization that she spent the rest of her life fighting abuse of the day’s original intent. In 1948, she was arrested for disturbing the peace at a demonstration against what had become of Mother’s Day.

I’m not advocating for similar protests. But for me, Mother’s Day is not about getting a card or flowers. It’s about the sheer miracle that I became a mother at all.

When Al and I first got engaged, we talked about having a large family. Four kids, why not? When we learned I had scleroderma a few weeks after our honeymoon, all of that changed. Having children was no longer a given. I was at risk of kidney failure in the third trimester.

In April, three years into our marriage, we discovered I was pregnant and immediately shared our excitement with our families. About a week later, I miscarried. Soon after, my rheumatologist informed me that my disease was getting worse and that it was too dangerous to get pregnant. I was devastated.

That fall, Al found us a puppy. I went to see another rheumatologist at the University of Pittsburgh and began a new medication. And we decided to adopt.

The following September, our beautiful, blue-eyed baby girl, 16 days old, arrived in a pink sweater and matching bonnet, in a baby carrier on our kitchen table. She was bright, strong, funny and curious, an adventurous explorer from the moment she could squirm off my lap and crawl around the floor.

Three-and-a-half years later, after my skin had begun to loosen and I’d tapered off my meds, following the fifth infertility procedure, I was able to conceive again. It was a high risk pregnancy. At the end, I developed preeclampsia and had to be induced; in the final hours of labor, my kidneys shut down. But our second daughter, a lovely, tiny preemie, was born strong and healthy. She came home from the hospital a month later, fascinated by her colorful new surroundings, happy to be cuddled and carried.

Our daughters are now both in their 20s. I cannot imagine life without them. I don’t need a national holiday to remind me, or them, of what it means for us to be together. I’m profoundly grateful that they came into our world, each arrival deeply prayed for, precious and unique.

Each has her own way of letting me know how she values our relationship, sometimes with words, sometimes with a gift, sometimes with just a gesture. I’m often surprised, always moved. Those are the everyday Mother’s Day tributes—personal, spontaneous, heartfelt—the ones I’ll cherish long after a bouquet has faded.