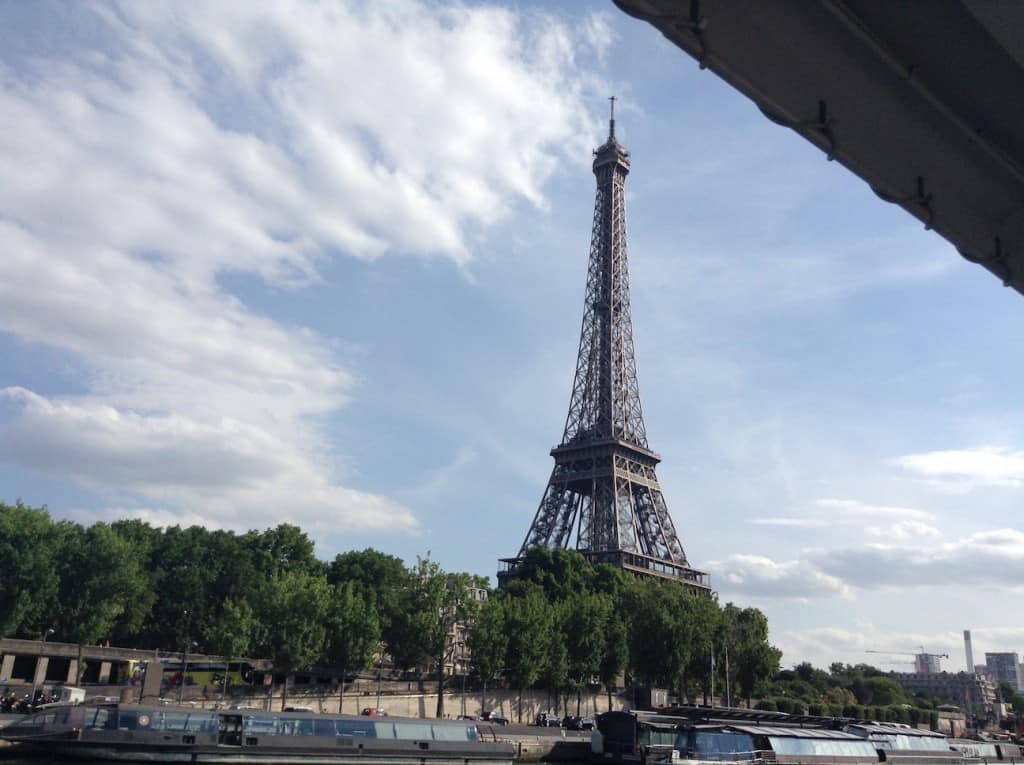 When I was in grammar school, in the mid ‘60s, we used to have air raid drills. We would file out of our classrooms, line up along the hallway, crouch down facing the walls and place one arm under our foreheads and the other over the backs of our heads.

We had to stay there, silently, for a few minutes, until our principal gave the all clear. Someone would inevitably get a nose bleed, and someone else would be reprimanded for talking, but most of us did as we were told, without questioning. When it was over, we’d troop back to our desks to practice cursive writing on blue lined paper or recite multiplication tables, not giving it much more thought.

For our teachers and parents, of course, these drills were deadly serious—albeit a totally ineffective effort to protect us children if the H-bomb ever dropped on New York City, just an hour to the south, or on the nearby ConEd nuclear power plant at Indian Point on the Hudson.

One neighbor down the street built a fallout shelter and proudly gave us a tour. I thought it looked like a fun adventure to live there, in the well-equipped underground room, with its bunk beds and stocks of canned food. It inspired me, for a class project, to build a model fallout shelter out of sugar cubes and Elmer’s glue, with furniture made out of colorful construction paper. This was how I processed the insanity of those times, not understanding the implications—and, very, very fortunately, never having to come to grips with the reality that the fallout shelter represented.

Our neighbors were the only ones to go to those extremes. I don’t recall their names, but the parents were from France. It was a mere 20 years since World War II had ended.

Wars, fear of wars, now the brutal face of terrorism, haunt each generation. It is a disease we cannot seem to escape, this instinct to destroy, to dehumanize and crush “the other” to gain power, control. Last week’s horrific attacks on innocents in Paris capped a week of bloodshed around the world, including a bombing in Beirut and a slaughter of university students in Nairobi. It seems endless, and the threat that the Islamic State now poses to the world weighs heavily on my mind, as I am sure the threat of Mutually Assured Destruction kept my mother awake at night.

The Parisian attacks feel particularly close, because the targeted restaurants and concert hall are only a ten minute walk from the apartment where Al and I stayed on our trip in July. I have written to our Air B&B hostess, to express our support and best wishes, but have yet to hear back. I hope her silence is only because she missed my email.

I try to reassure myself that, ultimately, over the course of history, the perpetrators of evil  are undone. But it will take cooperation, shared intelligence and resources, strategic force, justice, courage and a commitment to the greater good of all humanity to cure our global society of this terrible terrorist scourge. Xenophobia has no place here—it only accelerates the spread of the disease. Refugees from terror need asylum, not blame for perpetrating the very horrors they are fleeing.

Eradicating terrorism will require decades of patience and determination. There are no quick, facile solutions, as some of our politicians would have us believe during this season of presidential so-called debates. To fall prey to that delusional thinking is akin to believing that crouching in a school corridor is adequate protection against a nuclear attack.

In response to all the cynicism and bellicosity that pervades the news in the wake of the attacks, I draw on our European travels this summer for an antidote. Everywhere we went, strangers helped us. Just as we thought we were lost, someone would point us in the right direction or give us a lift. When we were tired, someone would offer to carry our bags. Most people are basically goodhearted. Dark as the world feels today, the odds for defeating this latest face of evil are in our favor.