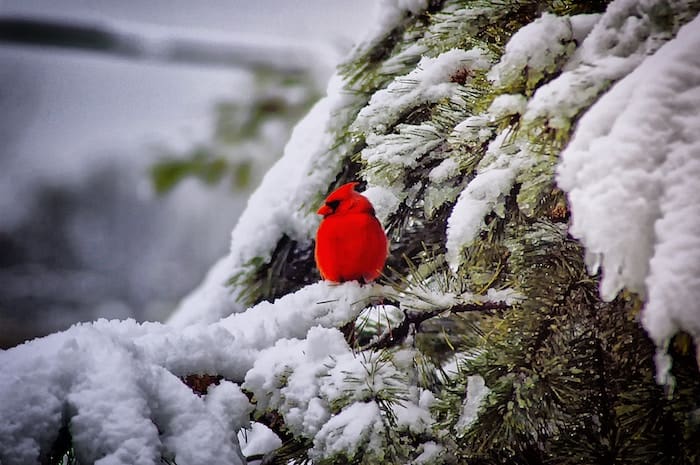 Immersed in whiteness, once again. Our first snow of the season began Sunday night, and by Monday morning, our world was transformed by billions of fluffy flakes, cloaking secrets beneath a foot’s accumulation. More snow is on the way as I write, looking out my bay window onto yews, their evergreen branches bowed by the weight of last night’s visitation.

The house is warm. Al saved himself a gym workout by shoveling the drive, and the roads are plowed. I rescheduled Tuesday appointments in Boston to avoid an anticipated messy commute as the storm lingers along the coast. I ate oatmeal for breakfast, and there’s last night’s soup for lunch.

Snow forces the world to slow down. Arriving as it did during the Thanksgiving weekend, I know many folks were not thrilled. Our younger daughter was wise enough to return to Philadelphia on Saturday to avoid what became a nightmare of travel woes as the storm approached the Northeast. Across the country, travel conditions were abysmal.

Still, here in my own little world, I’m grateful for the change of pace. We live such hectic lives, with too many demands for attention, angst, and outrage. Snow storms have a way of forcing us to stop, recalibrate, and rethink what is truly essential. Staring at that blank, white canvas that conceals flaws and inspires such wonderment, I am grateful for the peaceful quiet.

A brilliant red cardinal perches on the yew’s bended boughs, in magnificent contrast to white and green. A black-capped chickadee, white breast puffed against the cold, hops amidst the branches, scattering snow. A tufted titmouse scrabbles on my windowsill. I’m glad our bird feeder is full.

Soon enough, life’s realities will crash through. But for this fleeting day, at least, beauty reigns in a pristine world.