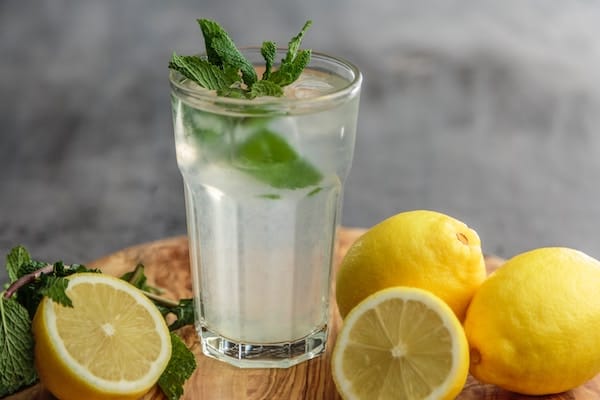 Al is back home, from Israel, and so am I, from a lovely weekend in Florida with cousins I had never met. Last fall, my second cousin contacted me out of the blue, having found me online (this, we agreed, was both amazing and a little creepy, given how much information is out there that we don’t know about) to send me a host of family memorabilia she had saved from her parents’ home when she moved them to live near her a few years ago. That message evolved into a correspondence over the winter, and this weekend I went to meet her and her nonagenarian parents for the first time.

We had a great visit. And I’ll write about that for a future post. But what I want to write about today is my crazy travel experience, no thanks to American Airlines.

All went smoothly on Friday for the first leg of my trip, from Boston to Charlotte, N.C. But as soon as our flight landed, I received a text from American that my connecting flight had been cancelled. They automatically rebooked me . . . on a flight to northwest Florida that left close to 10:00 p.m. This would not do, as it would have been a nine hour layover. Fortunately, I was able to get on a flight that left closer to 6:00 p.m., and the time zone switch saved another hour at my cousin’s end. She was most understanding, and so now I had just five hours to kill.

Then I remembered: a friend and former colleague of mine from my days as a college marketing director lives in Charlotte. On a whim, I sent her a message. Maybe she’d be available to get together? Total long shot. But, as I was finishing lunch in the airport’s huge atrium, I received a text back. Not only was she available—she was on her way to the airport with her family, heading for a weekend family graduation get-together! What are the odds? I met her at the gate for her flight, and we spent a wonderful hour catching up. Hadn’t seen each other in 14 years.

My rebooked flight boarded about an hour later, and soon I met my cousin and was off on our family reunion adventure.

Sunday afternoon, my cousin dropped me off at the airport to return to Boston. I’d been saying auf Wiedersehen instead of goodbye, because her parents were originally from Germany, like the rest of my mother’s family—it means until we see each other again. I didn’t realize how literal that would become.

The story we were told was that the flight attendants had not yet arrived (although they were apparently staying at a nearby hotel). When I asked the gate attendant what was going on, he said, “If I told you the story, you wouldn’t believe me.” “Try me,” I said. But he wouldn’t take the bait. He did, however, help me to rebook my flight for the next day. By the time I left the airport with my cousin, who kindly put me up for another night, the flight still hadn’t taken off. According to my Flight Aware app, it eventually landed four minutes after my (also delayed) connecting flight departed.

Now, the complicating factor was that Al was returning home from Israel on Monday evening, and I was planning to pick him up at Logan. But my new schedule meant that I’d get back to Boston (if all went well) at 5:00 p.m. No time to go home and come back. Instead, however, I worked out an arrangement with the van service I had planned to take back on Sunday, to pick us both up Monday evening. Since Al was flying Air Canada, he was arriving at the same domestic air terminal as I was, from Charlotte. Fortunately, I was able to store my carry-on in one of the last overhead spaces on my flight (I was in boarding group 8) so I could stay inside the main terminal, have dinner, and just meet him at the exit point for Air Canada, as opposed to hanging around baggage claim.

Amazingly, this time, my AA flights went like clockwork, and Al’s long-haul flight to Montreal and return to Boston did, also. We both made it through large airports for our connections. I had a nice meal at Legal Seafood. And we got to ride home together without me having to drive, a good thing, because I was pretty tired.

So, that’s how I spent my weekend. Glad to be back. Glad I went. Glad it all worked out so well, in the end.