Al and I were catching up with friends recently, all of us in our 60s, when the conversation inevitably turned to everyone’s health and the aches and pains that have become all too common with age. I listened, but didn’t say much. 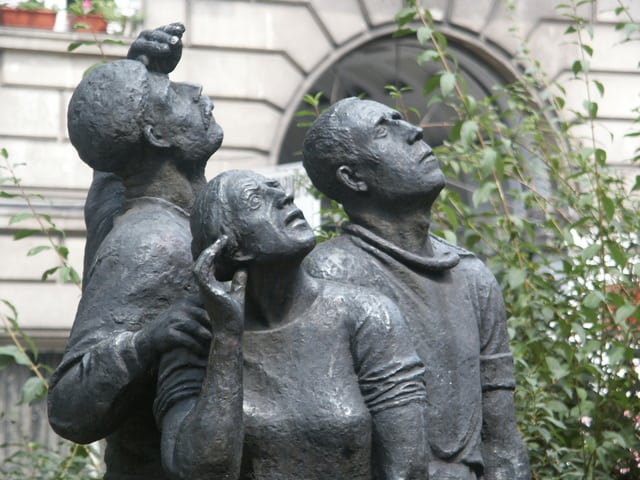 Then one friend, whom we haven’t seen in quite a few years, turned to me and asked about my health. He remembered when I was first diagnosed, decades ago, and how I had no idea at the time which way it would go.

I explained how scleroderma affects everyone uniquely, and that, although it was complicated, mine was the slow-moving variant. “You seem to be doing really well,” he said. “I’m glad for you.”

He was, of course, being thoughtful. I appreciated his reflection that I look well. But the whole exchange caught me off guard. It surprised me that he remembered those early years, which are now such a distant memory for me—and that this remained how he thought about me.

Even as I deal with my scleroderma every day and write this blog every week, it is not top-of-mind when I describe what’s going on in my life, nor are the details of my symptoms conversation-starters, especially with people I haven’t seen in a long time. It’s there, in the background, ever-present, a force to be reckoned with—but not what defines me. Not by a long shot.

Thirty years ago, when I first became aware that I was dealing with some form of autoimmune disease, it was different. I was terrified and very anxious about what was wrong with my body and the prognosis. I remember cornering friends who were physicians and picking their brains. I’m sure I talked about my health to anyone who would listen. There was so much to process, and the information available at the time was quite limited to the most dire of outcomes.

Within the first year or so, however, I began to pull back. No one outside the medical profession knew anything about the disease, and most of our friends, then in their thirties, were healthy and could not relate to what it meant to have a chronic illness. So I kept to myself. Al was the only person who really knew what I was going through. I sought support and insight from therapists. I commiserated with a couple of friends with their own chronic health challenges, who understood. In fact, over the next few decades, I barely spoke at all about my scleroderma in public.

When I decided to write this blog, nearly four years ago, I realized that I had become so circumspect that it was difficult even to say the word “scleroderma” to anyone other than family, medical professionals and a very few close friends. I felt so self-conscious and awkward about it that when someone inquired about all the bandages on my fingers, I would just mutter something about having chronic ulcers. But I realized that I needed to come to terms with my disease, and the best way for me to do that was to write about it and share the experience with fellow travelers.

After writing thousands of words on the subject, I’m finding that living with scleroderma is no longer a threatening concept or something that I’m embarrassed to mention in a conversation or ashamed to identify as a significant part of my world. Rather, my scleroderma is just there. It’s not the totality of who I am or how I want to be remembered. I wish it would go away, but it won’t. So after three-plus decades, I’ve come to accept it as a part of me and what has made me who I am today. That’s all. Nothing more, and nothing less.

This is my 200th post. To those of you who have followed since the beginning, and to those who are newcomers, I’m sure you’ve noticed that I don’t strictly stick to the specifics of scleroderma—for all the reasons cited here. Living with scleroderma is not just about the details of a complex disease; it’s also about living fully. That’s my personal goal, and that’s what I hope to reflect on here. Thanks for listening.