Last week, Al and I celebrated our 31st wedding anniversary. We agreed that we wouldn’t buy gifts. More important just to spend quality time together, a welcome break from the usual hectic midweek schedule. 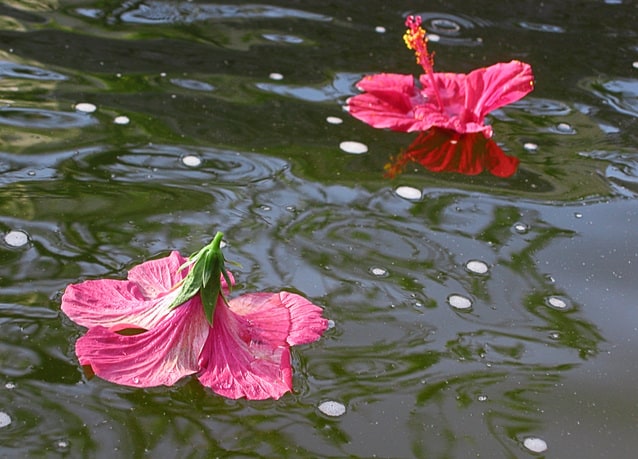 We shared a quiet, delicious meal and a bottle of wine at our favorite Afghan restaurant. Then, on Saturday night, we enjoyed an extraordinary performance by Cirque de Soleil. And we began to plan our next trip for this coming summer—another special adventure to look forward to.

All of this was good and lovely and memorable.

But it was a very different kind of sharing on Sunday night that once again impressed upon me the blessings of our three-decades-plus marriage.

I was in the process of cooking dinner, when I reached out to open my small Cuisinart to chop up some parsley—and smashed the tip of my still-healing, infected digital ulcer on the gadget’s plastic top. It really, really hurt. Like slamming your finger in a car door.

I yelled and cursed as I walked in circles around the kitchen, trying to breathe my way through the sharp wave of pain. Usually this passes within a minute or so, but this time I really did a number on myself. The pain would not quit.

Al had been reading in the living room. In the midst of my outburst, he walked into the kitchen, opened his arms and gave me a big, soothing hug. It didn’t take the pain away, but it did help me to relax a little, the first step in gaining control of acute pain.

During the course of our meal, he proceeded to distract me, since I was still pretty uncomfortable. By the time we finished, with the help of some Tylenol, I was doing a bit better.

As Al washed the dishes, I reached into the cabinet near the sink for a mini Three Musketeers, left over from Halloween.

“You deserve that!” he said. I laughed, and agreed.

Just another episode of managing my scleroderma. We’ve been through this many times. He knows what to do, without my asking. And he never, ever complains about all the mishegas that this disease has brought to our marriage over these many years.

That is something worth celebrating. Love you, Al.

And the only curse that works is the f-bomb. It’s short, explosive and foul. It’s the best way I know to discharge my anger and diffuse the intense, sharp pain.

My fingertip bones are severely resorbed, so the tips are jagged. When I hit an overlaying ulcer, it’s a double whammy of banging a deep sore on the outside and stabbing it from the inside. Even with my bandages, which provide a little cushioning, it hurts like hell.

But oh hell doesn’t cut it.

I also curse when my hands won’t do what I want.

A spoon slips through my grasp and hits the floor. F-bomb.

Coins slide out of my palm and scatter. F-bomb.

It takes five tries to pick the coins off the floor. F-bomb.

I can’t grab a knife from the flatware tray and have to pry it out with another utensil. F-bomb.

It takes ten minutes to align the zipper pull and zip up my winter coat. F-bomb.

I drop my cell phone getting out of the car and the back falls off into the sewer (yes, this really happened once). F-bomb.

Sometimes, when I’m cooking a big meal for company and getting tired and things start slipping out of my hands—like a potato I’m peeling or an onion I’m slicing—I don’t simply drop the f-bomb, I start throwing utensils into the sink and slamming drawers and yelling about how the counters are too cluttered and there’s no place to put anything. My family knows enough to stay out of the way.

I try my best not to curse when others are around or within earshot. I don’t want the f-bomb to creep into my everyday conversation and contribute to the decline of civil discourse.

But I hate this disease. Even though I’ve been living with scleroderma for three decades, and most of the time I can manage quite well, it really gets to me some days. I hate the way it’s wrecking my body. I hate how it’s robbed me of activities I love. I hate all the bandages, the ulcers and infections. I hate all the trips to various doctors and all the waiting in waiting rooms and all the medications. I hate discovering yet one more bizarre complication, like the fact that the roots of my molars are resorbing or the time the left side of my face went numb and I thought I was having a stroke and had to go to the ER and learned that I had an inflamed trigeminal nerve that the ER doc diagnosed as trigeminal neuralgia, which fortunately turned out not to be the case. It was “just” a rare neurological issue associated with scleroderma.

There’s no polite way to put this: When your body craps out on you, it sucks. And with a disease like this, you’re stuck knowing there’s no cure, for now, probably not in your lifetime, and even if, God-willing, there is a cure, your body’s too damaged for it to make a difference, and your health is only going to get worse.

When my sister and I were kids, our family used to travel by overnight train from New York to Cincinnati to visit my grandparents every December. Inevitably at the big family gatherings, all the adults would start complaining about their latest physical ailments. We’d sit on the side and snicker to each other, “When are they going to start passing around their X-rays?”

Fifty years later, I find myself engaged in those same conversations with my friends all too often. The older we get, the more stuff malfunctions, breaks and hurts. It’s shocking when it starts. We all know that our bodies are going to give out and we’re going to die someday, but we don’t really want to believe it until our mortality slaps us in the face. I’ve just been battling the inevitable much longer than most of my peers.

So I guess I have something of an advantage in the how-to-cope sweepstakes. But that doesn’t help on days when my house keys slip through my fingers and I drop the package I’m carrying as I try to pick them up and have to take off my glove to grasp the keyring but it’s too cold and my fingers go into a Raynaud’s spasm.

Then the only thing that works is dropping the f-bomb.