At the FDR Museum and Library in Hyde Park, N.Y., there is a wooden box with a metal handle. You can pull up on the handle to lift the hidden weight inside. The weight is as heavy as the steel braces worn by Franklin Delano Roosevelt to support his body while standing and walking, after his legs were paralyzed by polio when he was 39. The handle is very hard to move. 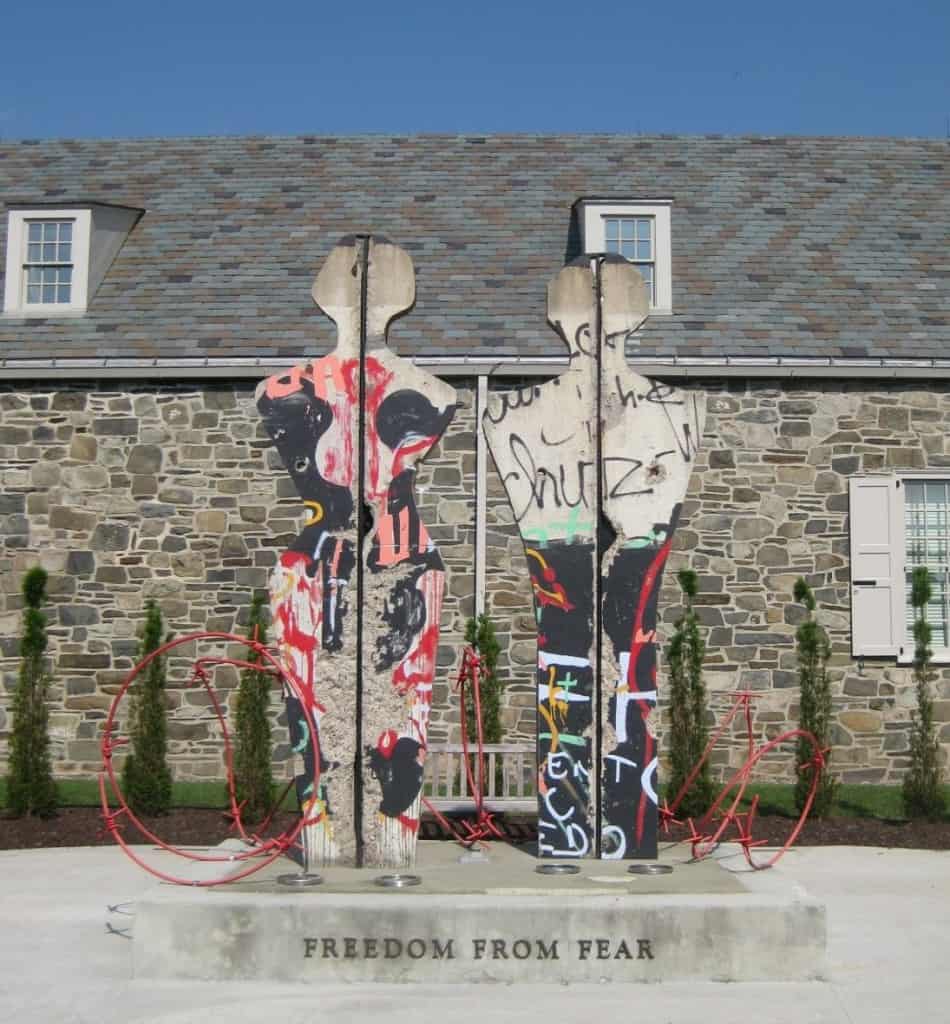 Whatever your politics (the arguments that raged 80 years ago during FDR’s presidency about the role of government in our daily lives versus unfettered free market capitalism could be cut and pasted into today’s news reports), Roosevelt’s struggle to overcome polio is one of the most inspiring stories I’ve encountered about facing down a chronic illness.

We visited Hyde Park on Sunday, the last stop in our week of day trips that included beaches, dinosaur tracks, the Nathan Hale Homestead, country roads and villages, a woodland hike and Shakespeare al fresco. Though I was familiar with some of FDR’s history and had visited the Roosevelt family home when I was very young (to our daughter Emily’s amusement, I kept remarking that it all looked much smaller than I recalled, undoubtedly because I was about three at the time), I had never understood the full implications of FDR’s illness.

In the summer of 1921, Roosevelt, then a rising star in the Democratic Party who had already served two terms in the New York State Senate, three years as Assistant Secretary of the Navy under Woodrow Wilson, and had been nominated for Vice President on the 1920 Democratic ticket with James Cox, went to visit a New York Boy Scout camp prior to his vacation on Campobello Island, Canada. While sharing food and water with the campers, he was probably exposed to the polio virus.

Not long after, as he was sailing on the Bay of Fundy, FDR lost his balance and fell into the icy waters. The next day, he began to complain of back pain. Within hours of going for a swim, his legs weakened. Three days later, he could no longer stand. He was diagnosed with infantile paralysis, known as polio, on August 25.

The diagnosis was devastating to FDR and his family. He decided to remove himself from politics that fall in order to focus fully on his recovery, but it took another seven years—seven years—for him to regain enough strength and stamina to reenter the political arena. He filled those years with a rigorous regimen of exercise to strengthen his upper body, hot springs treatments and swimming.

By the spring of 1922, he had learned to use the heavy steel braces that stabilized both legs from hip to ankle, locking his knees so they wouldn’t buckle, and was able to walk with assistance. He devised a nimble wheelchair using a dining chair with bicycle-like wheels, a vast improvement over the cumbersome wheelchairs of the day. In the family Springwood estate in Hyde Park, he designed a wheelchair lift worked with hand-pulled ropes, like a large dumbwaiter, that he manipulated to hoist himself between floors. He invited friends and family to keep him company, laugh and joke as he did his exercises, to lift his spirits and normalize the experience for his children.

Two years later, FDR tested the political waters and the public’s reaction to his disability by introducing New York Governor Al Smith as candidate for president at the 1924 Democratic Convention. Walking to the podium with the aid of crutches, he was met with a three-minute ovation—a remarkable outburst of support at a time when people with disabilities were all too often treated as weak and mentally defective, marginalized by their families and isolated by society.

In 1928, FDR ran for governor of New York and won the first of two terms in office, during which he pushed a progressive agenda to aid individuals who suffered in the aftermath of the 1929 stock market crash—policies that helped him to win the presidency in 1932 as the Great Depression deepened.

While his political acumen was key to his political success, FDR’s battle with polio is also considered by historians to be one of the most critical factors in his ability to connect with average Americans struggling to survive during that dark period. His wife, Eleanor, often called his disability a “blessing in disguise”—a deep lesson in patience and persistence, qualities so essential for a President who led the country out of the Depression and through most of World War II.

In FDR’s own words: “You gain strength, courage and confidence by every experience in which you really stop to look fear in the face. You are able to say to yourself, ‘I have lived through this horror. I can take the next thing that comes along.’ . . . You must do the thing you think you cannot do.”

For more about FDR’s battle with polio, see this excellent article from the FDR Library.

Image: “BreakFree,” by Edwina Sandys, granddaughter of Winston Churchill, carved from segments of the Berlin Wall, outside the FDR Library in Hyde Park, N.Y.