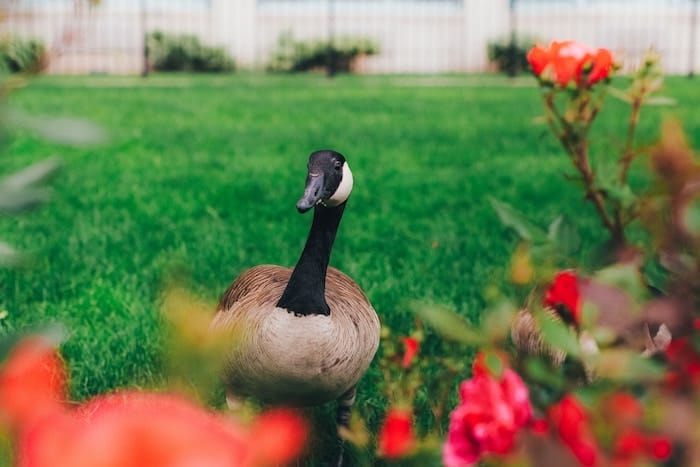 Canada geese can be a nuisance, crowding public green spaces, spackling parks with poop. But they can also be magnificent. I always love watching them fly, honking signals to form their undulating V. Strangely, I haven’t heard them yet this fall, migrating south, but I expect to, soon, as the days grow noticeably colder.

Those geese may be wild, but they are certainly organized. I cannot say the same for our local CVS pharmacies last week, as I tried to chase down a refill on a prescription to keep me warm.

Now, this medication is a vasodilator that I need to control my Raynaud’s. It’s a key part of my regimen year-round, but all the more important as temperatures drop. When I realized I had only three pills left early last week, I ordered my final refill on this particular prescription via my CVS iPhone app Sunday night. Normally, I get a confirmation text that the refill is in process (which I did), and then another text when it’s ready for pick-up within 24 hours (which I didn’t).

Hmmm. Time to follow up with a phone call. The pharmacy staff who answered the phone on Tuesday told me it was on order and would arrive later that afternoon. Fine. On Wednesday (one pill left), I received a text that a refill was ready for pick-up. So I went to the store, expecting to get my scrip and be on my way.

However, as it turned out, the refill was for a different med, one that I actually did not want refilled (it was on autopilot and I didn’t catch it in time). The medicine I needed was still on order. I inquired why. So it turns out that my local CVS did not have any of the required pills in stock, and none were available from the manufacturer (what?), and only one other CVS in the city had any. The clerk transferred the prescription to that store, so I wouldn’t lose any more time (theoretically), and I went home.

By Wednesday afternoon, still no text that the scrip had been filled. Hmmmm, again. I looked up the address of the store in question and discovered that there were two different stores on the street she had mentioned. So I called both. Had they by any chance receive my prescription? Nope. Even if they had (they could see it in the system) there was a problem. Why? Because my scrip was written for the generic version of the drug, not the brand name. And no CVS in the entire city had the generic pills in stock. I was directed to yet another CVS, on a different city street, that had the brand name showing up in the computer.

By this time, I was getting pretty annoyed. Already it had taken me more time than I had available to track this down. And it’s not an unusual drug. There was not one, not two, but three CVS stores on the newly designated street, according to my Internet search. I picked one and called. This time, I got lucky (or so I thought). The pharmacy clerk told me that they had my medication, but the problem was that my prescription had to be rewritten only for the brand name, and not the generic as an option.

Are you still with me? Aargh! I called my local rheumatologist’s office and got hold of one of the nurses who knows me. She readily took care of the new prescription and assured me she would put it under my doc’s nose as soon as he finished with a patient. Twenty minutes later, the pharmacy called back. They had the prescription, but it was still written incorrectly. There could be no mention of the generic on the scrip, only the brand name. Good grief. I called back my doc’s office, got another nurse on the line, who promised to straighten it out and get back to me when all was set, which she did by that evening.

The next day, Thursday, still no text that the scrip had been filled. I was out of pills by now. So I called the pharmacy to see what had happened. A different pharmacy clerk named Cindy answered the phone. I explained my dilemma, trying unsuccessfully not to get agitated. She calmed me down and found all the information. Apparently, they did not have the drug in-house, but she promised to order it right away from the warehouse, and expected delivery the next day. “Call me by noon to check in,” she said in a motherly voice. Thank you, Cindy, for being human.

I didn’t make the call because I got another text on Friday morning, telling me that the scrip was filled. After a client meeting downtown, I double-checked my app. Once again, it was the drug I didn’t want, still waiting for me at the original CVS (even though I had told them I didn’t need it). I called the new store to check on my quest. A different clerk answered and found out the pills were there, but my scrip was not yet filled, so she would ask the pharmacist to move it to the front of his orders.

I drove across town and found the store, a small, old CVS with a tiny parking lot, then waited at the pharmacy counter for another person to finish buying what looked like a dozen bags of pills. But when it was finally my turn, hallelujah, the scrip was filled. Not only that, but the young woman (not Cindy) who served me, who turned out to be the Wednesday clerk on the phone who had said the pills were in stock two days earlier, recognized my name and apologized for her mistake, due to an inventory error (not her fault) in their records. She was so pleasant, so committed to making my experience a positive one, that I might just leave that prescription at this out-of-the-way CVS pharmacy, despite the inconvenient location.

Wild goose chase, indeed. Any flock of Canada geese that had set out for their southern nesting grounds the day I first put in my order were probably long settled somewhere nice and warm by the time I got my pills. Thanks to some thoughtful individuals who believe in old fashioned customer service, I’m a bit warmer, now, too.