Hide Search
You are here: Home / Body / The Stress Factor

I come from a long line of worriers. Both of my parents and their parents and, I suspect, their parents’ parents, all the way up the family tree, made an art form of anxiety. 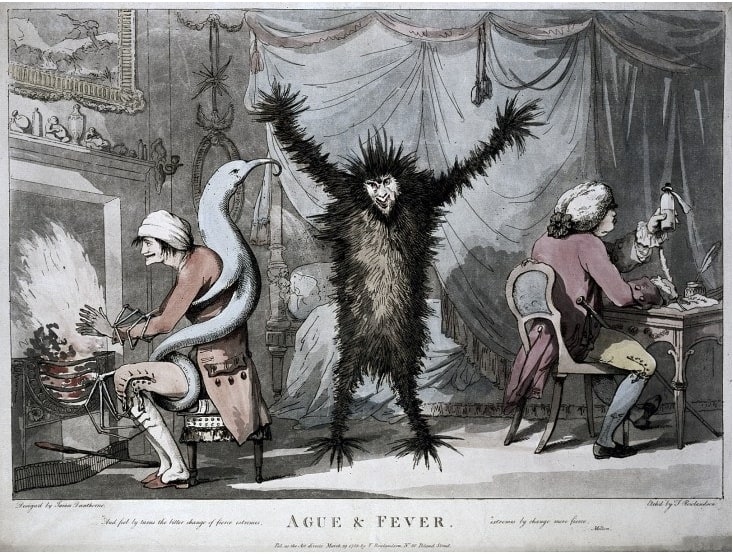 Some of this angst was well-earned. My mother and her parents escaped Nazi Germany in 1936, but other family members were not so fortunate or foresighted to get out when it was still possible. Their Holocaust legacy always hovered in the background, somewhere out of reach and unspoken, throughout my childhood in the 1950s and ’60s.

Some of it is hard-wired. I have a writer’s vivid imagination, which serves me well but also can keep me up at night, ruminating, when I’m fretting about family or finances or how I’m going to get all my work done or the fact that I’m not sleeping and my blood pressure feels higher or my arythmea kicks up, which, of course, only exacerbates my angst.

To be fair, anxiety has its place. It can be a great motivator, as long as it doesn’t get out of hand. My coping style includes thinking through every possible outcome of a particular issue that’s worrying me and how I would handle it. This drives Al crazy, because, as he rightly points out, most of that stuff never happens. But for me, it helps, up to a point, to be proactive.

However, I’ve learned from hard experience that if I go into overdrive mode, I can make myself sick. In fact, though there is no way to know how and why I developed scleroderma, stress—and how I responded—was definitely a contributing factor. I can’t prove this, but I know in my gut that it’s true.

I first began to develop symptoms of scleroderma—odd swelling of my fingers, migrating joint pain (as in, I’d have pain in my shoulder for an hour and then it would shift to my knee, without rhyme or reason) and fatigue, plus intensified Raynaud’s (I’d always had cold hands, but not red, white and blue ones)—in my late twenties.

I had just extricated myself from a very unhappy marriage and was living on my own, struggling to make ends meet after being laid off from my job as news director at a local public radio station, thanks to budget cuts by the Reagan Administration. How could this be? Here I was, with two master’s degrees, coming from a family of long-lived marriages, no divorces. I felt like a total failure.

My response was to shift into fifth gear. I found two part-time jobs and teamed up with a public radio station manager to write a grant to create a statewide news service for all the stations that were cutting news staff due to the same budget cuts. We got funding, and I was off and running.

Run, I did. I drove all over Massachusetts doing interviews. I worked long hours writing and producing stories. I pushed myself very hard. It was great work, but I got run down, physically and emotionally.

In the midst of all this, I began having problems sleeping. I struggled with self-confidence. The idea of dating terrified me. I obsessed about my work and relationships. I was scared any time I got sick. I began to have trouble with digestion and lost weight.

My doctor couldn’t find anything wrong with me, so I just felt ridiculous to be worrying about it all, but worry, I did. I sought help in therapy, which enabled me to clarify some of my issues. I formed new, valued friendships by joining a synagogue. I prayed a lot.

But I continued to worry. Some of this angst translated into panic attacks, particularly when I went out to eat in restaurants. There were nights when I would lie in bed, awash in adrenaline.

With time, I gained more confidence, found success in my journalistic pursuits and learned to take better care of myself. My rabbi introduced me to Al, and within a few months of our first date, we were engaged. Life felt much brighter.

But the damage to my metabolism from all that intense anxiety, all the adrenaline rushes, over the prior three years on my own, was done. A few weeks after Al and I returned from our honeymoon, I saw a rheumatologist, due to abnormal blood tests, and learned I had some form of auto-immune disease—either rheumatoid arthritis, lupus or scleroderma.

This is not to say that I brought this disease upon myself. There was no way to know I had whatever genetic predisposition or was subjected to whatever environmental triggers that are responsible for this illness. But I am convinced that all that adrenaline somehow played a significant role in weakening my immune system. Plenty of research connects the two.

In conversations with other scleroderma patients, I’m always struck by similar stories about disease onset—some kind of major personal loss or trauma, followed by a deep struggle to cope and a lot of angst. I can’t say this is true for all of us, but there seems to be a common thread. Recent research points in that direction.

Would it have made a difference if I’d had a more effective coping style? I don’t know if I could have actually prevented the disease, but I certainly would have felt significantly better if I’d been able to shortcut the adrenaline rush. To this day, I still have to check myself, meditate, walk or do something to shift gears and redirect my brain when I go into overdrive.

Which reminds me. Al just sent me an email that we have meditation group tonight. No excuses, this week.

Evelyn Herwitz blogs weekly about living fully with chronic disease, the inside of baseballs, turtles and frogs, J.S. Bach, the meaning of life and whatever else she happens to be thinking about at livingwithscleroderma.com