Hide Search
You are here: Home / Body / This Is a Test 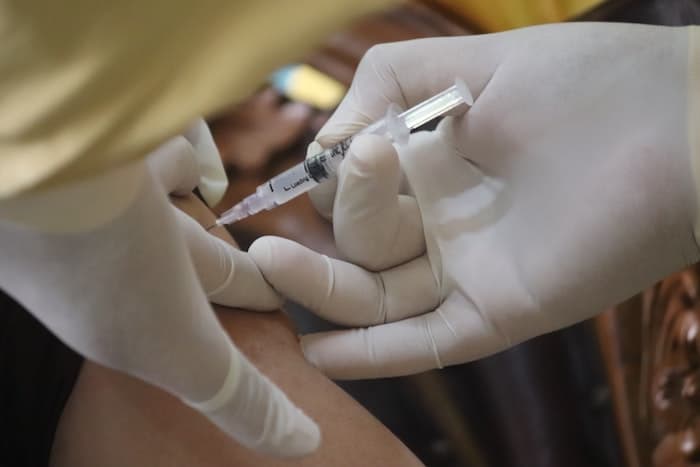 Last week, our home became a testing ground for the efficacy of Covid vaccines. Al was vaccinated back in February, and I was fully immunized by the first week of April. He got Pfizer, and I got Moderna. We’ve been feeling quite confident and relieved since then, although we both still mask in public, as required.

However, for much of April and May, Al has been coughing. At first, I thought it was just a morning thing, but right after Mother’s Day, his cough got worse. By the next weekend, he was clearly not feeling well. No fever, but I suspected bronchitis. So a week ago Monday, he went to the doctor. Sure enough, he had Covid. While he could walk outside and even ride his bike if he wanted, he could not be around other people (except me) and had to work from home.

I, in turn, had a Covid test the day after Al was diagnosed, and was—thank goodness—negative. I took over all the grocery shopping, errands, and meal prep, which we usually share. I’ve felt fine the whole time.

Fortunately, his symptoms steadily improved. He never lost his sense of smell or taste. As all the research has shown so far, the vaccine most likely spared him from a severe case of the virus. By the end of the week, he was hardly coughing at all, and yesterday, he was cleared to be out of self-quarantine.

He was called twice by the Massachusetts Covid contact tracing team, to see how he was doing. We had already notified everyone we had been in contact with in the recent past. But I was impressed by their follow-up and grateful that we have a good system in place here.

So, how is it that Al caught the virus, even though he was fully immunized? Chances are because he doesn’t have a spleen, which is a critical organ in the body’s immune system. Years ago, when we were first married, he contracted a severe case of mononucleosis—not a terribly big deal for young people, but quite a big deal for a 35-year-old man. His spleen ruptured and had to be surgically removed. He came home from the hospital the day before our first wedding anniversary.

While bone marrow compensates for the spleen in a case like Al’s, I am making an educated guess (no research at present to define the relationship between lack of a spleen and Covid vaccine efficacy) that he probably has not been able to produce the full level of antibodies in response to the vaccine. However, current research does indicate that even in breakthrough cases like Al’s, he both had a milder case and also shed less of the virus because he was fully vaccinated. And apparently, my vaccinations have given me enough protection for whatever I was exposed to. Thank God.

I shudder to think what might have happened if he had be infected before being vaccinated. He is more vulnerable than either of us realized. Which also goes to demonstrate how effective masking and basic public health measures are in protecting us all.

Moral of the story: Vaccines do work, even if not perfectly. We dodged a big bullet. And I am very grateful that we’re both okay, as well as others we saw recently. If you haven’t been vaccinated yet, please—for you own sake and those you love—go get it. And be sure to exercise caution around others who may have compromised immune systems, regardless of your immunization status. We truly are still all in this together.