Are we there, yet? I mean, springtime. Not even halfway through January, and I’ve had enough, already. I know, I know. Central Massachusetts is not North Dakota or the Yukon or Siberia. My heartfelt sympathies if you live anywhere nearby. But I really, really hate this. 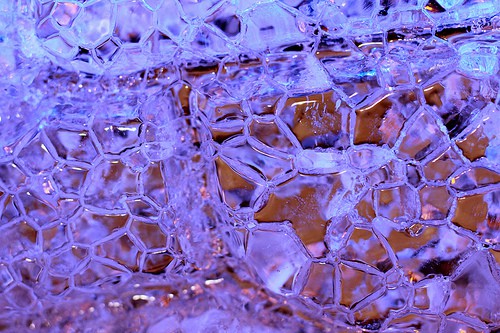 Last week, the Arctic Vortex, or whatever you want to label evil cold weather patterns, sucked all the warmth out of the air. True, we’d been spoiled by unseasonably balmy weather prior to that. But days in the teens and nights in the single digits are not my idea of a good time.

On Thursday, the worst day of all, I decided to brave the cold, regardless, and spend it as planned in Cambridge. This required some strategizing.

I was taking the train to Boston. But Wednesday evening, I realized that neither I nor Al had cash for my ticket, which I had to buy on the train since there is no active ticket counter at our station. I did not want to have to go to the bank on the way, because it was going to be minus-20F windchill and I was not going to try to manipulate the outdoor ATM from my car or leave my car any more than necessary to enter a building. What to do?

Then I remembered my “T” app on my iPhone. Easy-peasy. All I had to do was purchase the MBTA commuter rail ticket and activate it when I got on the train. Just in case we lost Internet service in the morning due to the extreme cold (like I said, I was in high strategy mode), I made my purchase that night. The app came in handy the next morning, too, when I made sure the train was running on time.

My next challenge came Thursday morning. As I confessed last week, I had damaged both Al’s and my car with a back-up mishap that required a new bumper for my Prius and a repaired door on his Civic. My work was completed Wednesday evening. When I went into our garage, I immediately realized:

a) my car reeked of paint fumes; and
b) I had left my car key in the house because Al had driven it back from the body shop.

This required a scramble with the house key, which I managed to drop on the garage floor and struggled to pick up because, well, I can’t easily pick up flat metal objects. So I had to take off my gloves to pry it from the floor. Which made my fingers numb. I said a few choice words.

Once I finally started the car, I knew I was going to have to drive with the window cracked or risk feeling nauseated by the time I got to the train station. On the coldest day of the year. So I cranked up the heat, opened the back passenger window an inch and set forth.

Fortunately, my Prius has a great heater.

For once, I actually got to the train station with enough time to walk to the train without rushing. Ours is a huge, turn-of-the-20th-century station from the grand era of rail travel, so there was no problem waiting indoors instead of on the platform. And, as it turned out, the train pulled in just as I left my car in the open air garage. So I walked through the garage to the station garbed in two layers of sweaters, a wool shawl, wool pants, leg warmers, my heavy down coat, shearling hat, insulated gloves, poofy hood and a warm scarf to hold it all together. I looked ridiculous, but then again, I’m so used to looking ridiculous in weather that most people don’t consider cold that it didn’t really matter. Plus everyone else was bundled head-to-toe, too.

Fortunately, the heaters on the train worked. We pulled out of the station with the car’s front doors stuck open, but a hardy passenger got up from his seat and closed them, since the conductor was nowhere to be seen. I spent the next hour-and-a-half working on a client project on my laptop, very pleased to be riding and not driving in what proved to be horrible traffic, from what I could see on the Mass Pike Extension as we neared Boston.

The worst part of my trip was the walk from the train platform into South Station, bitter cold. Once inside, it was tolerable on the way to the Red Line. My next excursion outdoors—from the Red Line exit to the inside of a Marriott where I waited for my friend to pick me up—left me a bit queasy from breathing frigid air, even through my scarf, but the feeling passed once I got in the building.

Reversing the trip later in the day, I was glad I hadn’t let the bitter weather get the better of me. I relaxed into my seat on the train, noted the horrible traffic westbound on the Pike Extension with smug satisfaction, then returned to working on my novel for the rest of the ride home. My Prius still smelled like paint fumes, even after airing out in the station garage all day, but the heater kicked in quickly enough so that I could crack the window on the short drive to our house and still stay comfortable.

Best of all? When I pulled into our driveway, it was just barely sunset at a quarter to five. The Ice Man may still cometh, but at least the days are getting longer.