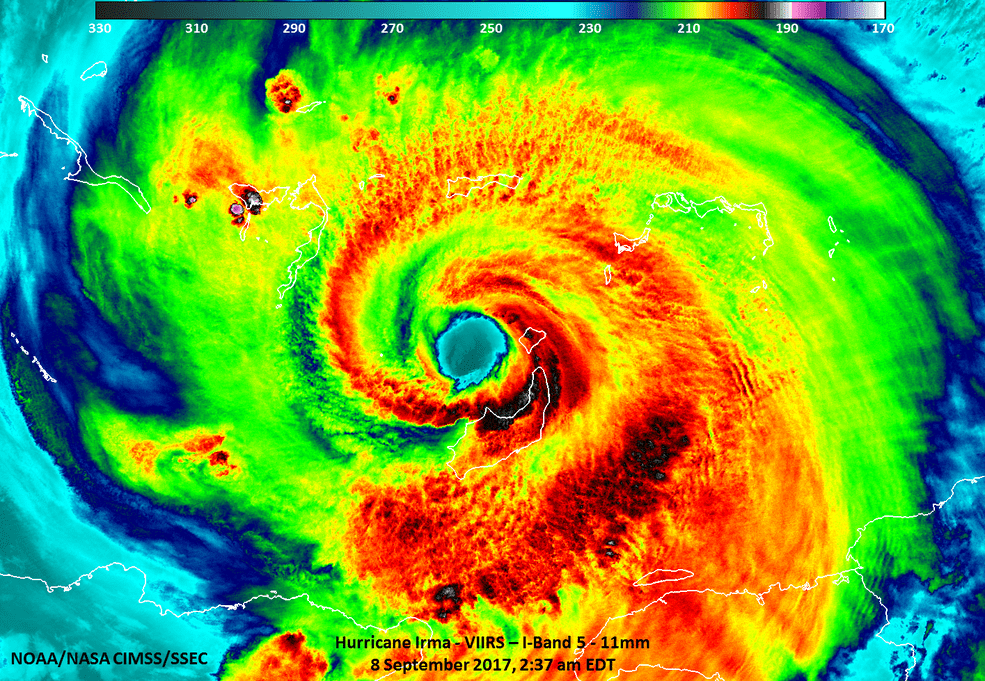 Harvey, Irma, José, Katia. It’s only September, and we’re already almost halfway through the alphabet, reeling from two of the most destructive Atlantic hurricanes on record. Recovery from Harvey in Texas and Irma in Florida and the Caribbean will take months, maybe years. We send thoughts and prayers, open our pocketbooks to support those in need, and worry. Where will the next killer storm make landfall? What’s next? Will we and our loved ones stay safe?

I once stood in the eye of a hurricane. It was a Monday, August 19, 1991. Al and I had taken Mindi, then almost 3, to Block Island for the very first time. We had heard wonderful things about this lovely place off the Rhode Island coast and were enjoying the little cottage we had rented and a great day at the beach the Sunday we arrived. This was, of course, before cell phones, wide access to Internet, and all the news-gathering outlets that we now take for granted.

We had decided to avoid TV for our time away from home. So we did not know anything about Hurricane Bob, a Category 3 storm that was heading our way. That is, not until our rental agent knocked on the door late Sunday and told us that Bob was expected to pass directly over the island the next day. We had a choice: to wait it out in the cottage or go to the local school that was serving as a shelter. We chose the latter.

Al entertained the children around us in the shelter by playing his recorder, and I have vague memories of making origami animals for Mindi and the others. It was crowded and humid in that gymnasium, but people remained good-humored, for the most part. Sometime in the early afternoon, the eye of the storm passed directly overhead, and we went outside to look. The sun was shining, the sky was blue, and it was quite peaceful and refreshing. As the sky darkened and the wind picked up, we retreated to the gymnasium to wait out the rest of the storm.

Later, we went down to the shore to check out the damage. Beached sailing yachts, broken tree limbs, and much fascinating detritus had washed up on the sand. Fortunately, our little cottage suffered very minor damage, just a few leaks. Most of the vacationers went home, and we had the island mostly to ourselves the rest of the week. Sometimes, ignorance is bliss.

A few days later, I realized that my period was late. After five months of infertility treatments that involved artificial insemination with Al’s sperm (the least romantic way to make a baby), we knew that I might actually be pregnant. Giddy with excitement, we brainstormed names beginning with the letter B. This was our first glimmer that Emily (we gave up on B names) was on her way.

I was remembering all this family history on Saturday afternoon, as Irma hurtled toward the Florida coast, and Al and I were taking a hike in the woods. He had convinced me to get out of the house and into the great outdoors. It had been an emotional week. My head was swirling. Last Tuesday, Dr. S informed me that he thought skin grafts could work on my fingers. This was completely contrary to initial assessments by him and the first hand surgeon I saw. Such good news. No guarantees that it will work, but he wanted to try before going to the extreme of amputation.

Then, on Thursday, we met with the vascular surgeon for an evaluation for hyperbaric oxygen therapy to accelerate healing. What I did not know was how intensive this treatment is: three hours a day in the chamber, five days a week, for six weeks. As the doctor explained, it’s like a part-time job. As of yet, we do not know if I will qualify for the insurance coverage, because the criteria are quite narrow and specific. But the Wound Center staff are doing their best to see if I can get approval. Then I have to figure out if I am really up to doing this. The prospect is scary, but if it could help save my fingers, then I need to give it serious consideration.

Like I said, my head was swirling. What if the grafts don’t work? That would mean a third surgery and amputation. What if I’m too claustrophobic for the hyperbaric oxygen therapy? How am I going to do that and keep up with my client work? Freelancers don’t get sick pay. How many more surgeries am I facing? How long am I going to feel incapacitated and so dependent upon others to do even the most basic things?

On Monday, my mental hurricane decreased in intensity. For the first time since early August, I was actually able to drive my car a short distance. First, I drove around the block while Al waited for me in the driveway. Then I took my maiden voyage to the hospital, a 15 minute drive, for an appointment with my infectious disease specialist. As we reviewed my antibiotics and discussed plans for the next operation, he looked a bit skeptical. He wondered aloud if I had contacted my rheumatologists to see what they thought about the potential success of skin grafts. I had not. But I will before proceeding. Had I not been able to drive myself to and from the appointment, his question would have set my head spinning again.

As it was, I drove home. I was able to use my key to lock and unlock our door. I was able to take the mail out of our narrow mailbox. I did not need a nap. I was able to get some client work done. I wrote this blog. And I did not hurt my fingers, even as my hands were tired and a bit achy from the excursion.